Trending Now
Why I should choose my higher education from University of Northern British Columbia (UNBC)?
Quebec is the Most Populous Province of Canada for Indian International Student
Great news for international Students – PGWP
Work in Canada after you graduate: Who can apply
What are the advantage of study in Canada?
University Education at Canada: Top Tips for Parents at the Start of The Journey
Canana Accepting Duolingo Test for Academic
What are the weather conditions of Canada throughout the year?
Who Can Work While Studying in Canada?
What is preferred route to get Canada PR if my CRS Score low?
Canada Student VisaEducation NewsFeaturedStudent LifeStudent VisaUniversity & Colleges

Quebec is the second-most populous province of Canada, after Ontario and is the largest province in Canada Canada’s most popular winter sport is ice hockey and Montreal city is often referred to as the home town of ice hockey.

India stormed both China and France to become the new leader in supplying international students to Quebec. 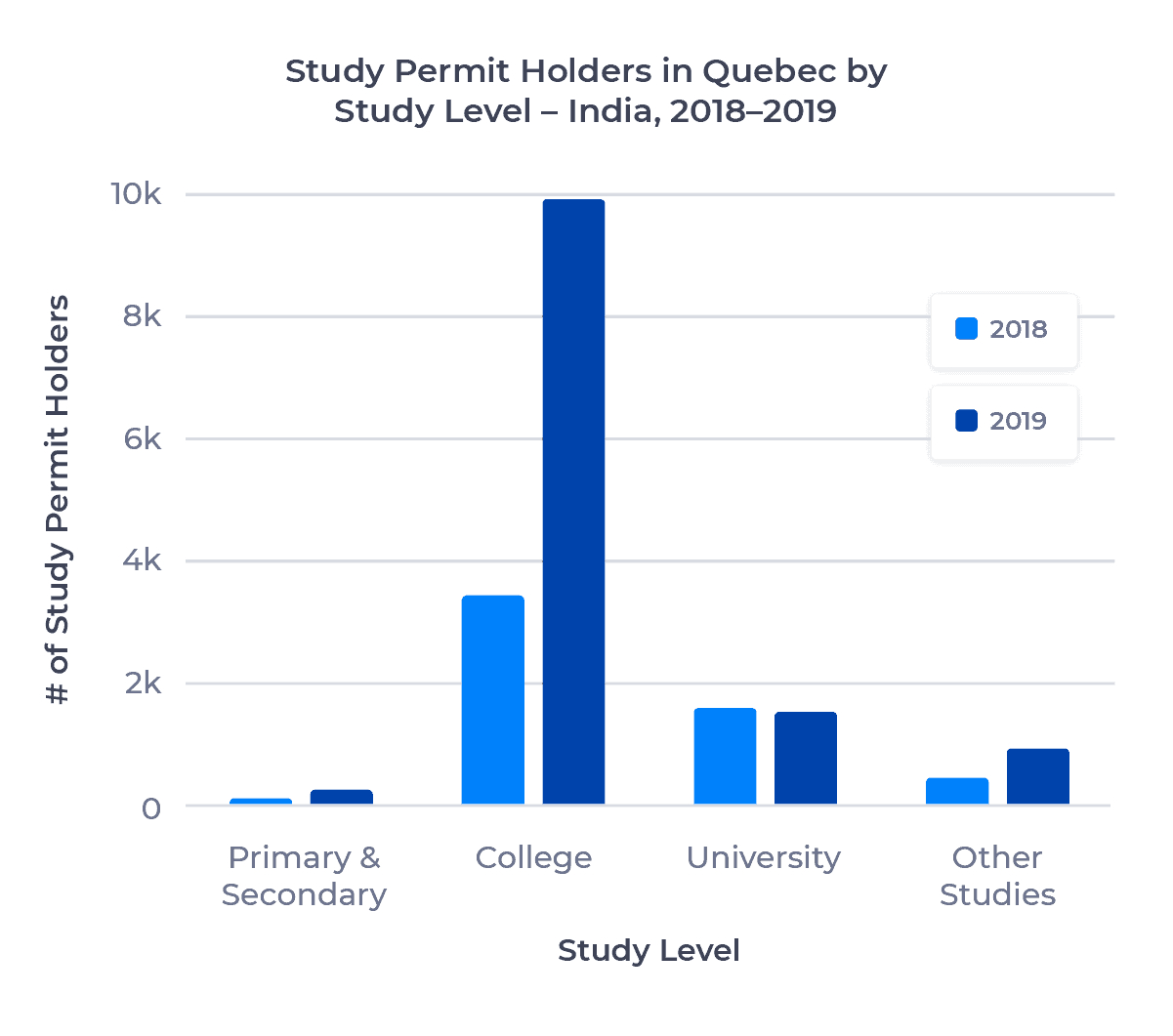 The PGWP program is a key piece of the value proposition of studying abroad in Canada for Indian students, and its extension to private colleges gives those students more options for study in Quebec.

The Future of International Education in Quebec

With growth at all study levels and accelerating growth province-wide, Quebec was humming along at the end of 2019. Of course, with the onset of 2020, COVID-19 reshaped the international education landscape around the world.

Because of this, we may see a slower recovery for English-language institutions as students from countries like India and China look to other provinces to study. I’m much more optimistic about a quick recovery for the French-language market, as it has less competition both within Canada and internationally. 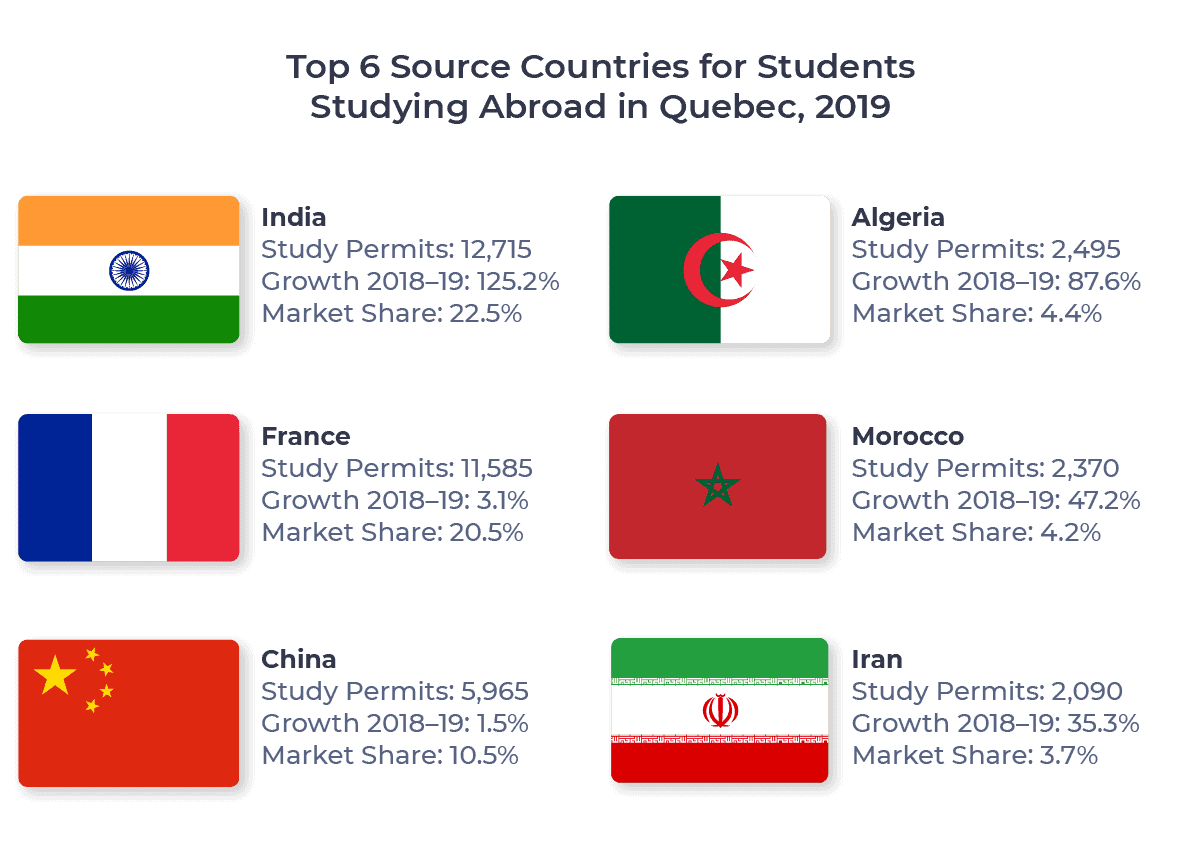 Despite these concerns, Quebec remains an attractive destination for international students for many reasons, from its world-class institutions to its low tuition rates, to its unique culture. With this in mind, coupled with the excellent growth we’ve seen in the last five years, I believe the long-term future for international education in Quebec remains bright.

Collège Avalon is a Quebec-based education institution established in 1995 with the mission of inspiring students to pursue their dreams, empower them to shape their future and equip them to succeed. Building on over 25 years of experience and success as a high-quality provider of adult education and skills training, Avalon has expanded its curriculum to include a range of business programs designed to foster personal growth, global awareness and employability in a rapidly changing environment.

Why I should choose my higher education from...

Work in Canada after you graduate: Who can...

What are the advantage of study in Canada?

What are the weather conditions of Canada throughout...

Who Can Work While Studying in Canada?

What is preferred route to get Canada PR...

Why I should choose my higher...

This website uses cookies to improve your experience. We'll assume you're ok with this, but you can opt-out if you wish. Accept Read More